As private investigators and business owners, there’s an important parallel: Autopsies done on the patients who made it back to the ER aren’t worth as much as those who never made it back. Likewise, learning from successful companies may not be as important as learning from failed private investigator firms. Understanding what fatal mistakes led to failure is as important, if not more, than what made successful companies great.

For valuable insight on this topic, we polled private investigators from across the nation for insight into how their colleagues had failed, or, how they themselves had failed and learned. Nearly a dozen PIs chimed in to help. And, though the resulting stories may be grim, they are telling.

Here are some of the insights they shared, along with a few of my own:

FAILURE TO BECOME A BUSINESSPERSON

FAILURE TO MARKET YOUR BUSINESS

Getting your name out there is crucial to the life of your business, and adapting to today’s style of marketing is equally as valuable. As Ruben Roel, from InvestigatorMarketing.com says, “Your website is your neon sign.”

Christopher A. Borba, Principal, Emissary Investigative Services, LLC shares a story of how this translates in the real world: “About year ago someone reached out to me on LinkedIn to discuss business growth and marketing. He had started his own PI firm six months before, and he had not received one call for business. His website was a free website, and the only advertising he had done was on Craigslist. That same business failed quickly afterward.”

FAILURE TO ANSWER THE PHONE

Communicating with your clients is fundamental. April Higuera, Owner/Principal Agent of ADH Investigations maintains that investigators fail because of poor customer service. “PIs must be available, diligent, reliable, comprehensive, and [they need to] communicate frequently and effectively with people,” she said.

As Utah Private InvestigatorScott Fulmer (founder/principal investigator at Utah Gumshoe) points out, a key business failure is “waiting for the phone to ring and then never answering the phone or returning phone calls if it does ring.”

Francie Koehler, the host of PIs Declassified and owner of Special Circumstances, says simply: “Lack of timely follow up with clients” is what leads to failure.

Early in his career, Warren Buffet felt he needed an important business skill: public speaking. Despite having a lifelong fear of it, he signed up for just one public speaking course and overcame his fear. If public speaking isn’t your thing, writing well-researched and compelling articles can help you become an expert on a specific subject while communicating your business vision.

“Taking the time to organize my thoughts and stand up in front of a crowd has gotten me in front of a lot of people I needed to meet,” said Hal Humphreys, executive editor of PursuitMag and founder of FIND Investigations. “And number two, it’s caused me to think about what it is we do in an organized way. It gives me a clarity for what we do and why.”

FAILURE TO WORK WITH GOOD TALENT

Not investing in a professional team of investigators, assistants, or even a business partner could end your business. Trying to do it all yourself is a quick path to failure. As C. W. Sellers (director of education & training for the California Association of Licensed Investigators) says, “Knowledge of how to build a team of supportive colleagues ready to help and get their hands dirty” is an area where investigators have too often fallen short.

Years ago, an investigator I managed told me a story: “I once had a company with six investigators underneath me,” he said. “We did well for years. But where it went south was when I spent all the profits. Every dollar that came in went right out the door.” He readily admitted that he handled his finances poorly and failed to put money back into the business.

“Instead of reinvesting the $12,000 windfall they got from their first case, they go on vacation and spend it all,” says Ruben Roel. “Seven to eight months later, they’re out of business.”

FAILURE TO FIND A NICHE

Trying to be everything for everyone is another route to failure. “To be a successful private investigator, you must have a niche and understand your demographics and whether that niche will work for your area. Whether it’s local, statewide or national, that needs to be determined before you open your business,” says Jay Rosenzweig , owner of J R Investigations.

FAILURE TO CHARGE THE RIGHT PRICE

How much do we charge? Some companies charge too little. Some charge too much. Failed companies don’t know what they’re worth. And failure to charge enough leads to reduced profits and thereby, reduced growth. Instead of throwing out lowball numbers, help your clients understand the value of your services. Show them that a small investment, in the form of your services, up front can reap huge savings down the road.

“We’ve got to value ourselves,” wrote Amy Lynn Burch in a PursuitMag article last year. “One of the greatest challenges we face as professional investigators is communicating the value of our services to clients in a marketplace glutted with mass-market information providers.”

Your work product needs constant pruning. It’s one thing to put out a subpar product or service, but to never fix it is bad business. You’ll find that if you don’t develop your services, you’re not only wasting time, money, and effort on products and services but you’ll be putting out a product that customers don’t want or need. Iteration is key – make small, incremental changes with every report you write.

FAILURE TO ABIDE BY THE LAW

The sad fact is that the perception of private investigators sometimes wavers between a used car salesman and a shady lawyer. Want to know why? Many private eyes creep over that invisible line – breaking the law. It’s the surest path to failure. Alberto Paoletti, owner of Informark S.R.L in Florence, Italy, said that he knows of some investigators who failed because they didn’t abide by the law and went bankrupt as a result.

He told me the story of an Italian PI (Emanuele Cipriani) involved in an illegal wiretapping scheme from 1996-2006: (*We’ve edited his comments.) “The Italian judges were able to prove that executives of the main telephone company in Italy had asked his investigations agency to gather information about prominent people in politics, journalism, sports, etc. The investigator came by the information illegally and with the help of the police and other public employees, the judges found. The investigator was arrested and his earnings (about 20,7 million euros) were confiscated.”

FAILURE TO MAINTAIN CERTIFICATION AND EDUCATION

Many investigative companies squander growth opportunities “by not joining state organizations, national organizations, listening to audiobooks, or seeking out continuing education. “So many PI’s just keep doing what they’ve always done and so they get what they always got” says Scott Fulmer.

FAILURE TO FIND A REPEAT CLIENTS

Philip A. Becnel IV, partner at Dinolt Becnel & Wells Investigative Group, explains the importance of finding clients that pay, and pay more than once. “Successful private investigation companies tend to have a benefactor. This could be an insurance company or a law firm—some larger company that gives them stability and lets them weather the crowded market of companies chasing what I refer to as transactional cases. These are one-off cases where, for example, some random dude hires you to follow his wife.”

Many private investigators enter the industry with dreams of solving tough cases and running a successful business – one that thrives off of innate curiosity, diligence, and effort. But in order to keep a business, you’ll have to make the necessary investment into the areas listed above. Otherwise, you’ll be just another “gunshot victim.”

If you can make the transition from top-notch investigator to a top-notch businessperson, you’ll be on your way towards achieving your goals.

So, what did we miss? What areas of business success can we improve upon? How can investigators better learn from mistakes of the failed PI?

Let us know in the comments below. 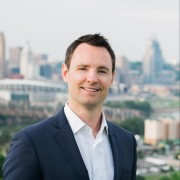 Adam Visnic is a private investigator, licensed in both Ohio and Kentucky, and owner of Gravitas Professional Services, LLC. He has an MS in Safety, Security, and Emergency Management and a BS in Criminal Justice both from Eastern Kentucky University, where he was a captain on the Colonels baseball team.